THE RISHI SUNAK EFFECT – A QUESTION OF POLITICAL ”CORRECTNESS” | INSIDE BRITISHNESS

THE RISHI SUNAK EFFECT – A QUESTION OF POLITICAL ”CORRECTNESS” | INSIDE BRITISHNESS 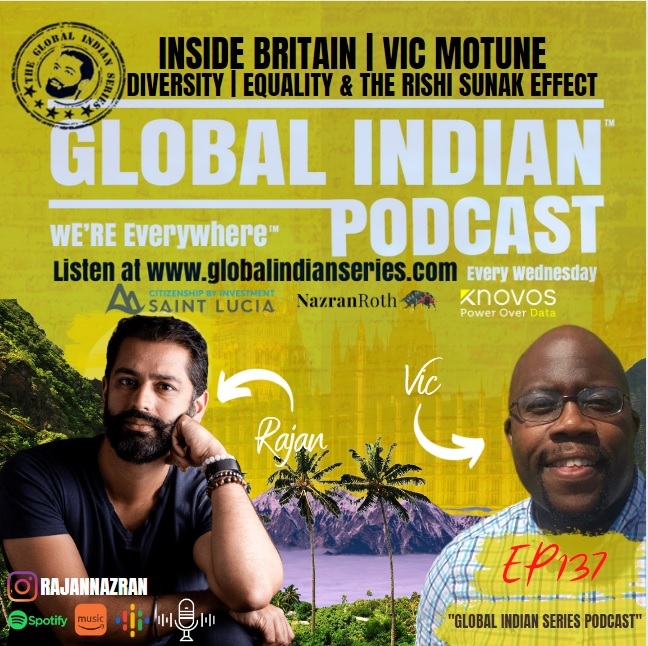 6 days ago, the Deputy Chairman of the Conservative Party George McAleese resigned over allegations of a racist social media post, in which he was also sharing a picture of the late conservative MP, Enoch Powell (known for the controversial Rivers of Blood speech, which directed hate at ethnic minorities).

2 days ago on Diwali, Rishi Sunak took office and became the 5th Prime Minister of the UK in just 6 years. He is the first person of an ethnic minority to take this important seat and is of Indian origin. There is a certain irony that only 40 odd years back the late (conservative) PM Margaret Thatcher said Britain was being “swamped” by immigrants – many of these families now play a vital role in the politics of the nation.

To make sense of the current shifts in Britain, I had the opportunity to converse with my friend Vic Motune, News Editor of The Voice, to understand more about the complexities of identity in the UK and the role of politicians in re-shaping our understanding of national identity. We discuss the Sunak-effect and debate on whether the question of ancestry impacts our ideas of Britain. We also speak about the unsung heroes that have paved the way for dramatic change, including Lord Dolar Popat and our very own Ambassador Lord Rami Ranger.

Vic Motune is the News Editor of The Voice, who has also served as the newspaper’s Community News Editor.

In these roles, he has worked on a range of investigations and stories on issues such as efforts to tackle the trafficking of African children and inequalities in the mental health system to efforts to diversify British politics and the rise of black tech entrepreneurs.

A journalist whose experience includes print, radio, and television news, he has won two Race in the Media Awards for his work and a MIND award for his reporting on mental health. Before joining The Voice, he was a producer with BBC Radio  5 Live, creating and producing the weekly magazine show Word Up!

Vic has appeared as a regular newspaper reviewer for BBC News 24 and BBC London and has also written for publications such as the Daily Mirror, New Statesman, the Big Issue and Mental Health Practice. He sits on the board of the Society of Editors.

In this capacity, he recently helped develop the Society’s diversity, inclusion, and belonging hub which provides advice, case studies and resources on the issue of diversity and inclusion in the media.

He is the co-author of the book The Voice: 40 Years of Black British Lives.