INSIDE GUYANA – THE POLITICS OF IDENTITY & BIG OIL WITH TIMOTHY JONAS

INSIDE GUYANA – THE POLITICS OF IDENTITY & BIG OIL WITH TIMOTHY JONAS 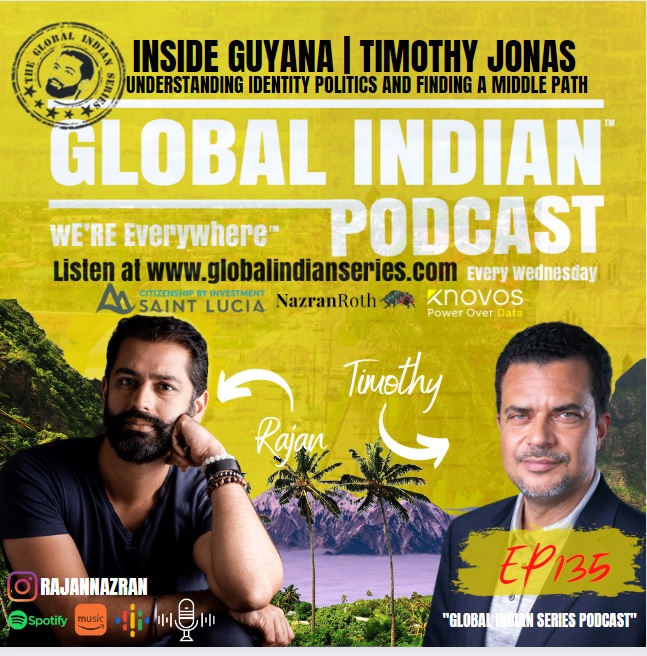 Big oil, identity politics and an uneasy game of poker

Welcome to Guyana.  Despite my growing familiarity with the country, admittedly, it’s one that often challenges me on an ethical basis, in particular my experience with its former ruling Ministers from the PNC. Like most of the world, the politics of the nation has been played out by two parties – the PPP and the PNC.

Many argue that both political camps play on ethnic divide as a route to vote harvesting which makes a fascinating discussion, as we often have political parties curating ideas that surround their perception of nationalism. So, what happens to our sense of country when the party one voted for loses?

Today I am joined by the Chairman of ANUG and lawyer Timothy Jonas as he guides me through the growth of race politics and the real challenges facing this newly, oil rich nation. We also tackle the key burning questions facing the current President Dr Irfaan Ali.

About ANUG: A NEW AND UNITED GUYANA

The party was founded in January 2019,[1][2] with its main goal being shared governance, along with reducing poverty, consensus on governing the oil industry and climate change as major areas of focus. Key individuals at the launch included Ralph Ramkarran, Beni Sankar, Kian Jabour, Henry Jeffrey, Akanni Blair and Timothy Jonas.[1]

It ran in the 2020 general elections with Ralph Ramkarran as its presidential candidate. The party received 2,313 votes and gained a shared seat in parliament through an alliance with the New Movement and the Liberty and Justice Party.[3]