There is no such thing as the Indian Diaspora

There is no such thing as the Indian Diaspora 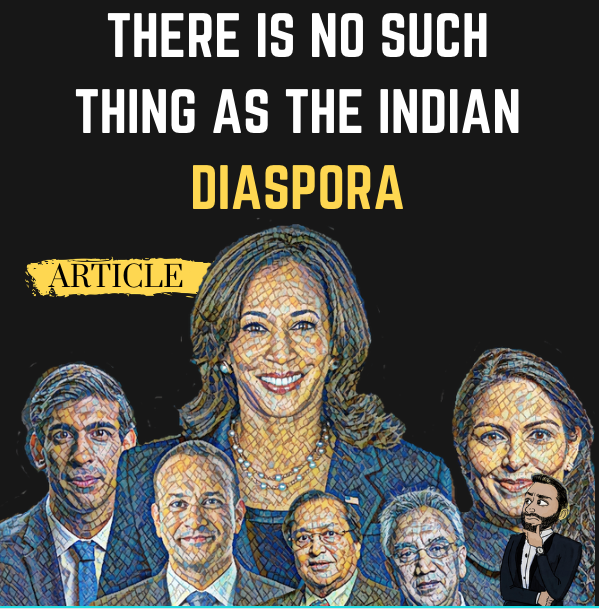 When on February 16th India Diaspora announced with great fanfare that n0 fewer than 200 people of Indian origin occupy positions of leadership and 60 are cabinet ministers around the world, we at The Global Indian weren’t surprised in the least.


At 18 million, India’s diaspora is the largest in the world. It stands to reason that sooner of later Indians living abroad will rise to the highest echelons of society.

To quote Rajan Nazran, our chief explorer and founder, we’re everywhere! Furthermore, at the risks of sounding conceited, Indians are a talented bunch. We excel at business, we are educated and generally speaking we’re good at assimilating.

The list has been touted the first of its kind and it was draw up by Indian Diaspora.

“It is a huge source of pride to have the first woman and first person of colour as the Vice President of the world’s oldest (sic) democracy be someone of Indian heritage. We wanted to use this seminal moment on Presidents’ Day to highlight a host of others in the diaspora who also are in public service,” said Indiaspora founder M R Rangaswami, entrepreneur and investor in Silicon Valley.

Perhaps the most eminent name in public life is that of Kamala Harris, Vice President of the USA. She was born to a Tamil mother, Shyamala Gopalan, a distinguished biologist and Donald J. Harris, a Stanford Professor who hails from Jamaica.

The UK boasts amongst others Rishi Sunak, the Chancellor of Exchequer, Priti Patel, Health Secretary Sajid Javid, (who is of Pakistani origin) Lord Rami Ranger and Lord Popat, both of whom are Global Indian Ambassadors.

“These leaders are building a legacy for future generations, and one that extends beyond our community to all of the constituents and communities that they serve,” gushed Rangaswami said in a statement.

Self-Congratulation can be uncomfortable

Why is it then that this paean to success of Indians and South Asians around the world not sit right with us?
Might it be an instance of Grouch Marx’s famous quip: “I don’t want to belong to any club that would accept me as one of its members.”

Or is there something deeper here?

Both Imran Khan and Nahendra Modi and the BJP (Bharatiya Janata Party) are keen to trumpet the achievements of Indians and Pakistanis around the world. The letter is not above scoring political capital from their success. He has quite righty lauded the Indian diaspora for its signal achievements. He did so in 2021 in Washington, he has done so in Italy. In a much-quoted tweet he said our ‘diaspora is our strength.’

The fact is Modi is hugely popular among Indian-Americans, who make more than 1.2 per cent of the country’s population. Because so many of them have the vote, he knows he needs their support.

Modi needs the Indian Diaspora more than they need him

And he needs their money. Hang onto your hats: The BJP’s 2019 campaign cost an estimated$7 billion. Most of this money came from big business, but much too came from the Indian diaspora.

Where ever he goes, People of Indian Origin turn up in their thousands. In 2014, after the landslide election win that first brought his government to power, he appeared before a crowd of 18,000 at Madison Square Garden in New York, and then at another gathering, attended by a similar number, at the AllPhones Arena in the Olympic Park in Sydney, Australia. In short, Modi is box office material and he relishes the limelight.

The truth is there is no ‘Indian Diaspora’ as such. We talk blithely as if it were a real thing, but in truth Indians who live abroad are every bit as heterogeneous as India itself. There is no India. They are Indias. Indians abroad form dozens of groups, some based on caste, some on faith, some on race and some on tradition.

Nationalism turns the Heterogeneous into the Homogenous. Discuss

Of course, it is much easier to lump everyone together and give them the label ‘Indian.’ The rhetoric of nationalism is designed to turn the heterogeneous into the homogenous, to unite the many in the one. And the BJP is the nationalist party par excellence. To canvas votes and solicit money from one group is a far, far easier thing than from dozens of groups.