THE POLITICS OF CHOICE | UGANDA AND ME: LORD SHEIKH

THE POLITICS OF CHOICE | UGANDA AND ME: LORD SHEIKH 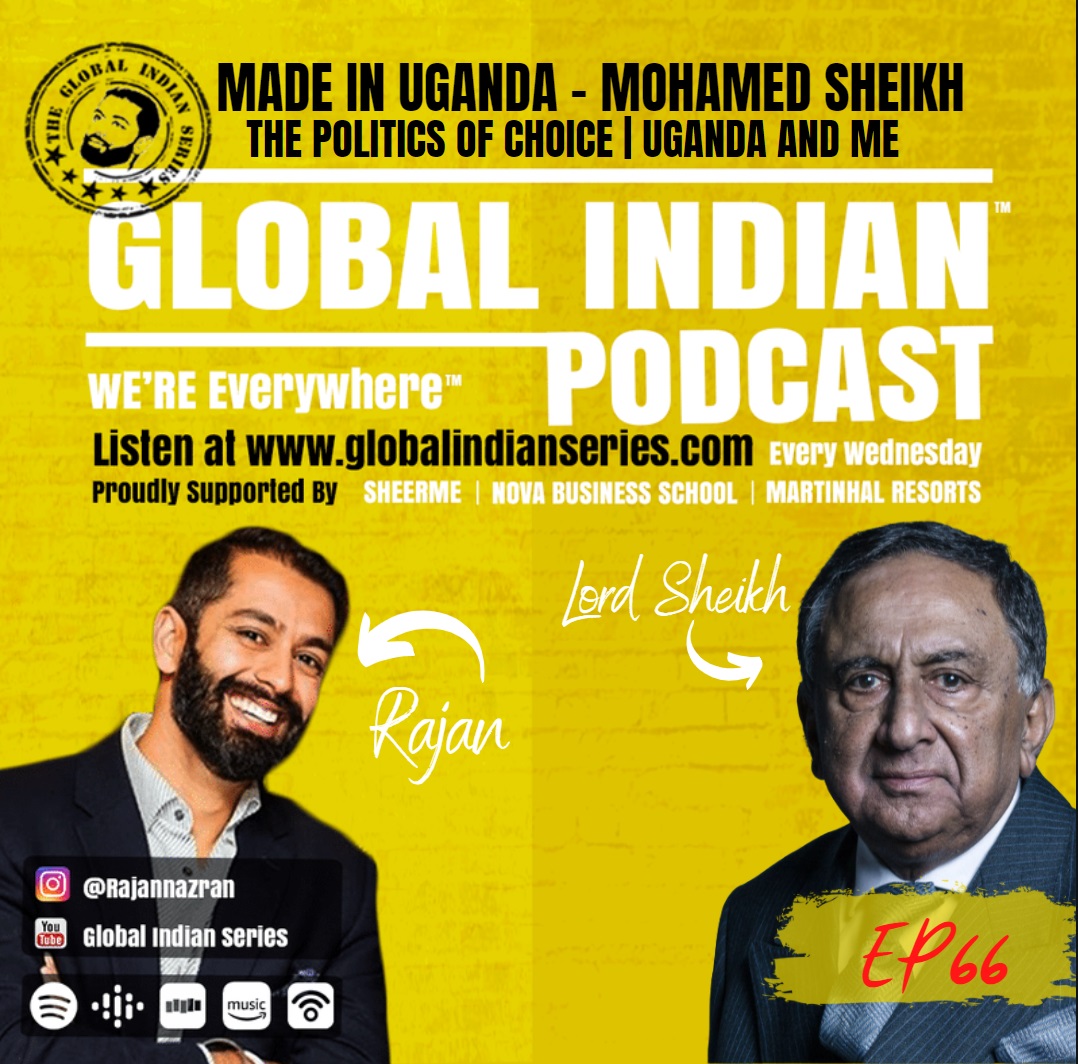 The rise of populist regimes in many countries has triggered a societal impact on the way we view each others identity.  In a world where we place great reliance on the foundations of fairness and equality, it is interesting to see how the Politics of choice often plays out.  In today’s episode, Rajan stays in the UK to meet with Lord Sheikh, a British politician, businessman and friend who shares his views on the changing structure of politics and re-examining the impact it has on Indianness.

Born in Kenya and raised in Uganda, he takes a moment to reflect on his own journey of Indianness and doing what’s right by society.

How do you define politics and do you see the impact of this in your own countries? Share your comments below.

If you like what we do, want to share a story, or support our work, please visit www.globalindianseries.com.

About Lord Mohamed Sheikh
Lord Sheikh was born in Kenya and brought up in Uganda. His family originated from Punjab.

Lord Sheikh has been honoured by the presentation of several personal awards which have been given to him for his achievements, leadership, business and community work.

He has also been awarded an honorary doctorate for Humanitarian work which he undertakes. Lord Sheikh has been added to the 2021 Indiaspora Government Leaders List which recognises 200 government leaders of Indian heritage in 15 countries around the world.

He has founded and funds a registered charity named after his august father.  He is a patron of the charity, Orphans in Need, and also supports other charities.

Lord Sheikh was elevated to the House of Lords in 2006.  He is an active Peer and speaks regularly in the House of Lords on a variety of subjects.  He has travelled extensively overseas and visited a number of countries and at present works towards expanding trade between the United Kingdom and overseas countries.

He is a Patron of several Muslim and non-Muslim organisations and is actively involved in strengthening relationships between various racial and religious groups. His Coat of Arms signifies the value of education and gives a message that Islam is a religion of peace.

He is the Chairman of companies relating to Property and other businesses. He used to be the Chairman and Chief Executive of an Insurance organisation which was awarded 12 major awards over a period of three years and this has not been achieved by any other organisation.

Lord Sheikh is also a writer. His first book on the Maharaja Ranjit Singh was very well received, and his second, An Indian in the House, is on the first four Indians who were members of British Parliament. He has nearly completed his third which is a historical novel.

He has been a visiting lecturer at Universities and acts as an advisor to a British University. He promotes educational and cultural ties between the UK and other countries.

He founded the Conservative Muslim Forum and chaired it for several years. He is now President of the Forum.

He is co-chair of the APPG on Turkey and the Prevention of Genocide and Crimes Against Humanity. He is also a vice-chair of the APPGs on Bangladesh, Sri Lanka, Nepal, Kazakhstan and Tajikistan.

He has been described as a businessman, academic, philanthropist and writer.

My name is Rajan Nazran Chief explorer for the Global Indian Series, the official platform for people of Indian origin (PIO), because let’s face it, we are everywhere!

Interested in getting involved in building the world’s largest living encyclopedia on the community? Whether you want to become a patron, buy us a chai in a new location or have your story shown, simply get in touch via our website, we would love to hear from you. www.globalindianseries.com

You can reach Rajan via
Instagram: @rajannazran
Linkedin: RajanNazran
YouTube: Global Indian Series
Special thank you to TAIZU for the music

If you liked this podcast on the UK, you may enjoy the following:

Are you a global Indian that needs to go global? You may be interested in our articles on citizenship by investment and global residency options, including Golden visa planning through to the leading funds to consider. It’s a definitive guide for all global Indians to read on what you need to know and what you must avoid when looking to participate in investment migration and golden visa planning.