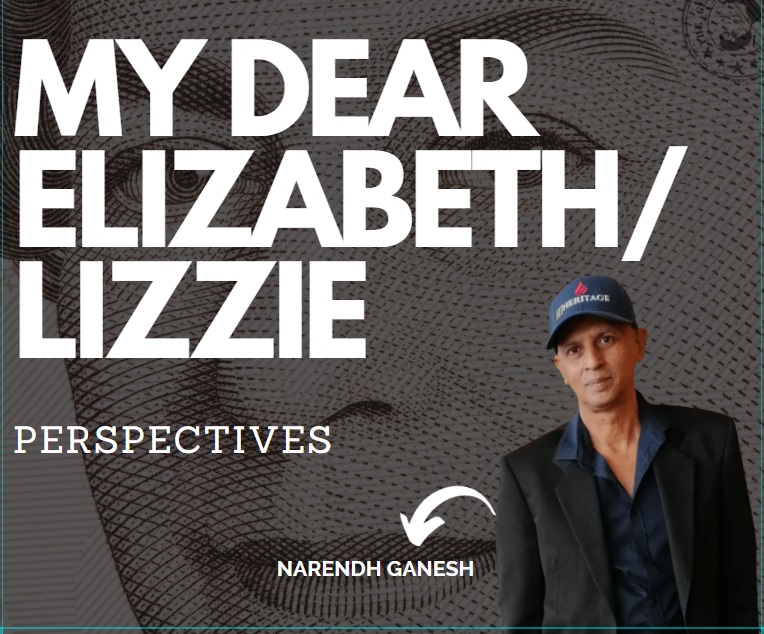 By far, the reference to the late Queen Elizabeth of Great Britain as “My dear Elizabeth” and “Lizzie” by one Nelson Mandela, always evokes a wry smile in me, as much as it raised consternation amongst his close aides at the time.

His reason was simple. “Why shouldn’t I call her Elizabeth, she calls me Nelson”.

No statesman has ever publicly referred to the reigning monarchy of England by their first name as a matter of protocol, but then again, Nelson Mandela was no ordinary statesman.

I do not believe that Mandela meant any disrespect by his references but simply extended his cordiality and amiability in human terms to another human being who was ascribed a title by the elite of her countrymen.

On a personal note, I am ideologically opposed to any form of monarchy or kingship anywhere in the world, as I believe that these man-made hierarchical institutions exacerbate the class divide that relegates the “commoner” to being second-class.

The British monarchy, depending on one’s vantage point, is both loved and loathed the world over, and any allegiance or reverence to such an institution is a personal one.

These institutions have held court over people for centuries and, at times, the subservience and reverence to such fiefdoms have been astounding, if not inexplicable.

The colonial history of Great Britain evokes many emotions in people as it was through the forced subjugation of people in different parts of the world that the British empire rose in power and prominence.

Admittedly, since the start of her reign, Queen Elizabeth, the longest reigning British monarch, oversaw the gradual decline of British colonialism and not its rise, but her death re-ignites the flames of dissonant emotions.

India, for example, suffered horrendously under British rule, causing death and destruction of untold proportions but ironically, since her independence in 1947, India has literally risen to compete as one of the world’s super powers against all odds, after the British withdrew from the subcontinent, its hand burdened with blood and thuggery.

South Africa too, was also once the subject of British rule and the Anglo-Boer wars bears testimony to the resistance against such colonialization.

On a lighter note, should “King Charles” pass on or abdicate, his immediate heir, William, will become king of England, and South Africa will already have had a town in his honour – King Williams Town – which should start the agitation for a name change!

While the world mourns the death of a royal – ascribed metaphorically as having “blue blood” – it is also a poignant reminder to us all that in this ever-changing world, the necessity or zest of appointing ceremonial heads such as kings and queens, who do not put in a days work for their spoils, and which costs the “commoner” their hard-earned monies, has long exhausted its fairytale legacies.

So, as England goes from “God save the Queen” to “God save the King”, I begin to wonder what the thinking of the world will be in two hundred years from now when reality overtakes fantasy and kings and queens will merely be highlights in story books.