THE TRAGEDY OF PALESTINE

THE TRAGEDY OF PALESTINE 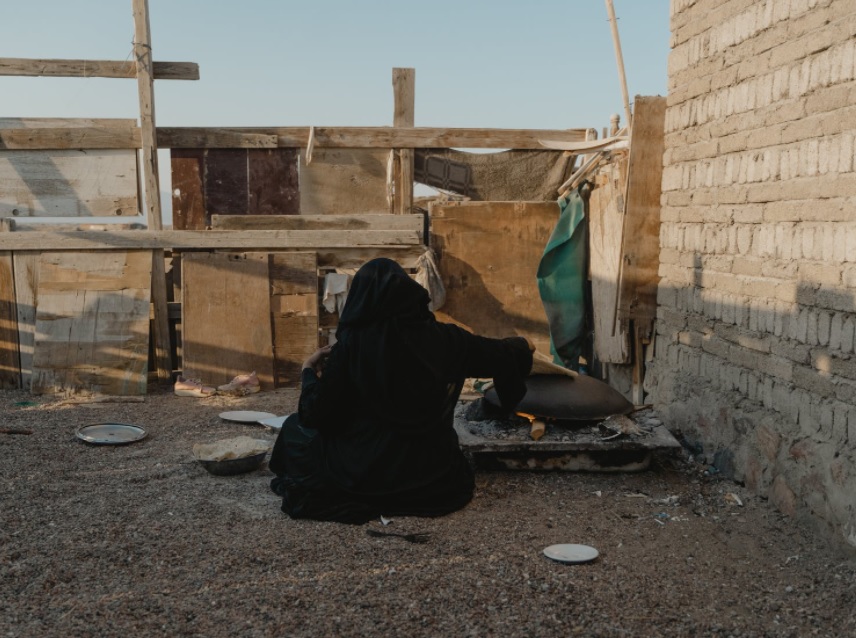 On Monday May 10, clashes between Palestinians and Israelis erupted once again.

The reason for the clashes this time was due to the fact that the Israeli regime have moved to expel Palestinians from their homes in East Jerusalem to make way for new Israeli settlers. They are people who were not just born in East Jerusalem but whose ancestors have been living there since time immemorial.

Naturally, the people are resisting, fighting to protect what little they are allowed to have in what appears to be an Apartheid state.

What is even more sad is that the repressive, current Israeli administration is being supported by some of the most powerful countries in the world, including the United States. These are the same countries that are the most vociferous when speaking about Human Rights. Yet in the issue of Israel and Palestine the silence is deafening. It is that complicity that has allowed the current Israeli administration to act with such impunity.

To justify this inhuman position, they have been manipulating the news. On Tuesday May 11 they BBC reported that the Israelis were bombing “military targets” in the Gaza Strip. however local news reports show the opposite – innocent people being targetted on a religious day of importance to many.

What is the reality? Israel is a nuclear power. It has one of the strongest army in the world. It is also generously supplied with the most modern weapons, airplanes, tanks, drones, etc. It is a producer of modern sophisticated weapons. It has its own military-industrial complex.

The Palestinians, on the other hand, have been made into one of the poorest people in history. It has no army, no factories, no airplanes, no tanks, and limited amounts of light weapons. They fight mainly with stones and slingshots. What military targets are they speaking about?

The rockets that are spoken about being fired from the Gaza Strip into Israel is probably the only weapons they have. Yet it is almost nothing compared to what Israel has.

Since the collapse of the Soviet Union international support for the Palestinians has been drastically reduced. All of these powerful states in the world have diplomatic relations with Israel and have become conspicuously silent to the plight of the unfortunate people of Palestine. The strongest statement that they have made is that both sides must show restraint. As the slaughter continues Palestinians are losing their lives and limbs at an accelerating rate. As of May 11, thirty-two Palestinians have died, about a dozen children among them, and hundreds seriously injured. Only three Israelis lost their lives.

This is the most unequal struggle in history. It is also the most injustice being perpetrated anywhere in the world. Yet the Palestinians are being equated with Israel is and are being told to show restraint. This is while they are being forcibly evicted from their humble homes.

The Arab world has become so compromised that they have been reduced to making meek statements but unwilling to take any action. Egypt, Saudi Arabia and others make feeble statements because they have become dependent on trade. Equally, nations have shown that social custodianship is easily replaceable with multibillion-dollar deals.

Even many Muslim Organizations, example those in Guyana, are deafeningly silent. They seem more afraid of losing their US visas than standing up against the injustice and genocide that have been constantly visiting the Palestinian people.

It is time that democratic states take a firm stand on this matter. They can make a big difference if they do.

Let us recall that before the Apartheid Regime in South Africa fell it was the powerful countries, that refused to sanction that hated regime. Recall too that Israel was Apartheid South Africa main ally.

It was the stirring of the masses, the people in the street and small states that made the difference. That movement eventually forced the large countries to take a stand. Today the same states that collaborated and supported the racist South African regime, the very same forces that described Nelson Mandela and his comrades in the ANC as terrorists became the loudest in extoling the virtues of Mandela.

Well, the current Israeli Apartheid regime is much worse than what existed in South Africa. To change this, we must stand up with the oppressed people of Palestine, we must force the leading countries in the world to condemn the murderous actions of a Government.

We in the Caribbean should take the lead and, as a first step, break diplomatic relations with countries that uphold division as a political policy. We must work to uphold human rights wherever it is being trampled upon.

Failing that, the blood of the innocent civilians of Palestine will continue to be shed and they could lose everything including their lives. Let us show some humanity. Let your voices be heard!!

THE QUEEN, THE COMMONWEALTH AND THE BIG QUESTION WITH DR MOHAN KAUL

MY DEAR ELIZABETH/LIZZIE By far, the reference to the late Queen Elizabeth of Great Britain as “My dear Elizabeth” and “Lizzie” by one Nelson Mandela, always evokes a wry smile in me, as much as it raised consternation amongst his close aides at the time. His reason was simple. “Why shouldn’t I call her Elizabeth, […]

Introduction Thank you for giving me this opportunity to be the Guest Speaker to your 5th Triennial Delegates’ Conference. It is indeed an honor to speak to your delegates and guests since some of the founders and very early members of your Union were members and founders of the political party which I have […]

Leicester has long been home to sizeable Muslim and Hindu populations. And up until recently (with some exceptions), they have lived alongside one another in relative harmony – despite the international tensions between Pakistan and India, the two countries most of Leicester’s Muslims and Hindus hail from or have family connections to. But on 28 […]

YOU’RE A FREAKING LUNATIC: HEARD THAT, SAID THAT! Naked and chained in a roofless shed. Sored bodies bearing marks of torture, along with surgical marks on their backs. Some found crawling in their excreta, others even consuming it! This was the plight of thirty-five men and six boys who were rescued from an illegal ‘asylum’ […]

“A vibrant start-up ecosystem”, “green pastures”, “state-of-the-art technology”, “home of green tech” and a fight for global wellbeing…not the words typically associated with a country covered in snow on all known maps of men and Mordor!! Iceland, once p…