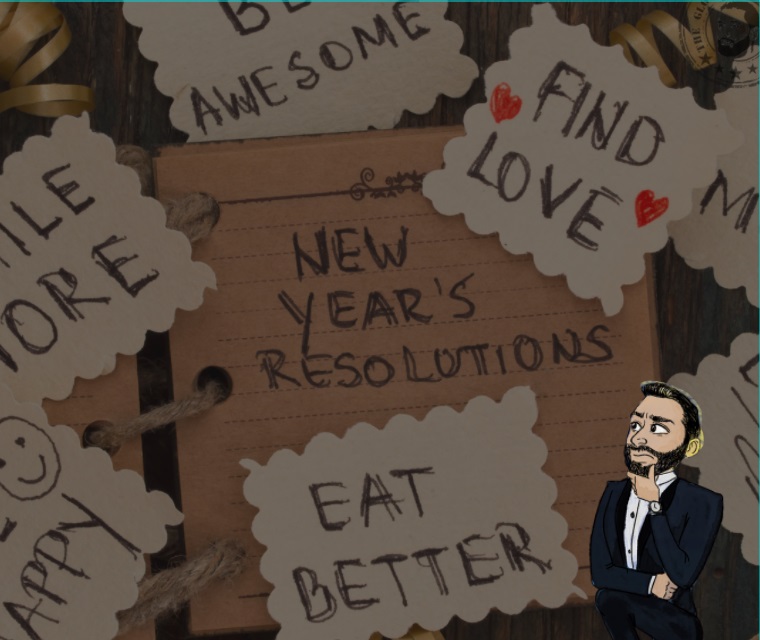 It’s that time of year again! A new year, a new start, and chance to be the best you can be. That goes for us at The Global Indian Series.

We will promise to plunge into the human experience, cover the stories that matter to you and bang the drum for people of South Asian origin around the world.

Chief Explorer and Founder of The Global Indian Series

Here’s to 2022. May it be a year of peace and prosperity for all. May this be the year that we right the wrongs done to the South Asian community around the world.

May it also be the year when we set our own house in order.

After all, we’re everywhere and it behoves us as one of the biggest and richest diasporas in the world to do our bit to make the world a better place.

Sanctimonious? Perhaps but the truth is how we as a people conduct ourselves, how we run our business affairs, how we invest, how we spend our money and how we treat others has huge consequences.

And it’s not about virtue signalling-being seen to be doing good. It’s about doing good wherever we happen to find ourselves.

Success comes with responsibilities. The world knows that we are good at business, it knows that we find ways to prosper in the countries we call home and it knows we have many sought-after skills. But what does it know of our kindness and our tolerance?

Let’s be honest. Most people make their resolutions only to break them. The spirit is willing, but the flesh is weak.

We would not ordinarily presume to tell others what their New Year’s Resolutions should be, but hey we’re going to do so anyway.

Dear India, please, please, please can you ensure that you defend the rights of people of Indian origin around the world, regardless of creed or political affiliation?

Human rights groups have criticised your present Government, which has been led by the Bharatiya Janata Party (BJP) since 2014, for failing to protect minorities, particularly Muslims and Christians.

And while you’re at it, would you be able to make peace with Pakistan?

Pakistan, would you please do the same with India?

South Africa, would you be so good as to redouble your efforts to make life easier for Indians in SA?

The civil unrest of 2021 shocked the world. That Indians were targeted, shops looted and people killed was a disgrace to Nelson Mandela’s memory.

Therefore, we ask you, nay implore you to not only to condemn racial hatred in all its forms in South Africa but also to root it out in public life. The world expects more of the Rainbow Nation.

It’s worth remembering that South Africa is home to the largest population of people of Indian descent in Africa, at some 1.3 million. Durban is sometimes called the “largest Indian city outside India.” Yet recent events in South Africa show that a small (though powerful minority) do not regard them as ‘South Africans.’

The Yorkshire Cricket scandal is a stain on cricket, which should be the sport of gentlemen.

We applaud the steps Yorkshire Cricket club has taken to put things right, but we hope you are doing for the right reasons and not as a last-ditch damage-limitation exercise. It is regrettable, however, that Yorkshire has taken no disciplinary action as yet neither against players nor staff.

The career of a promising cricketer (Azeem Rafiq, who captained England’s [sic] Youth Team) has been cut unnecessarily short. Such was the scale of the problem that Rafiq contemplated committing suicide after being made to feel and outsider’.

The findings of the Squire Patton Boggs report make for unpleasant reading: Players and staff regularly used racist language at the club alike.

Moreover, the report found that Rafiq had been regularly referred to as a “P**i” by at least one former teammate, that the comments were “capable of creating an intimidating, hostile, degrading, humiliating, or offensive environment…”, and that Rafiq was “offended, degraded, or humiliated, and that this amounted to harassment under the Equality Act and the club’s equal opportunities policy”.

That the banter was ‘well meant’ is neither here nor there. Cliché that society has moved on is cop-out.

To treat others unkindly has always been wrong and will always remain so. This glib moral relativism is unhelpful.

Nor must we neglect to mention’s Raqiq’s historical anti-Semitic Facebook messages. In his defence, he did offer what appears to be heart-felt apology. Having suffered at the hands of racists for so long, he knows full well the hurt such comments can cause.

We urge you to stamp out the widespread discrimination against ethnic minorities in Germany. And by ‘you’ we don’t mean just Government, we mean ‘ordinary’ people.

We urge you to stamp out the widespread discrimination against ethnic minorities in Germany. And by ‘you’ we don’t mean just Government, we mean ‘ordinary’ people.

Germany’s racism watchdog says discrimination in the housing market is rife and becoming increasingly open, particularly at people of Indian origin and black people. Many landlords are loathe to rent their apartments to non-white foreigners.

Already in 2015, Germany’s Anti-discrimination Office pointed out that racism and discrimination against minorities were commonplace in the housing market.

Everyday life for women who wear the Hijab or Chador can be difficult in many parts of Germany.