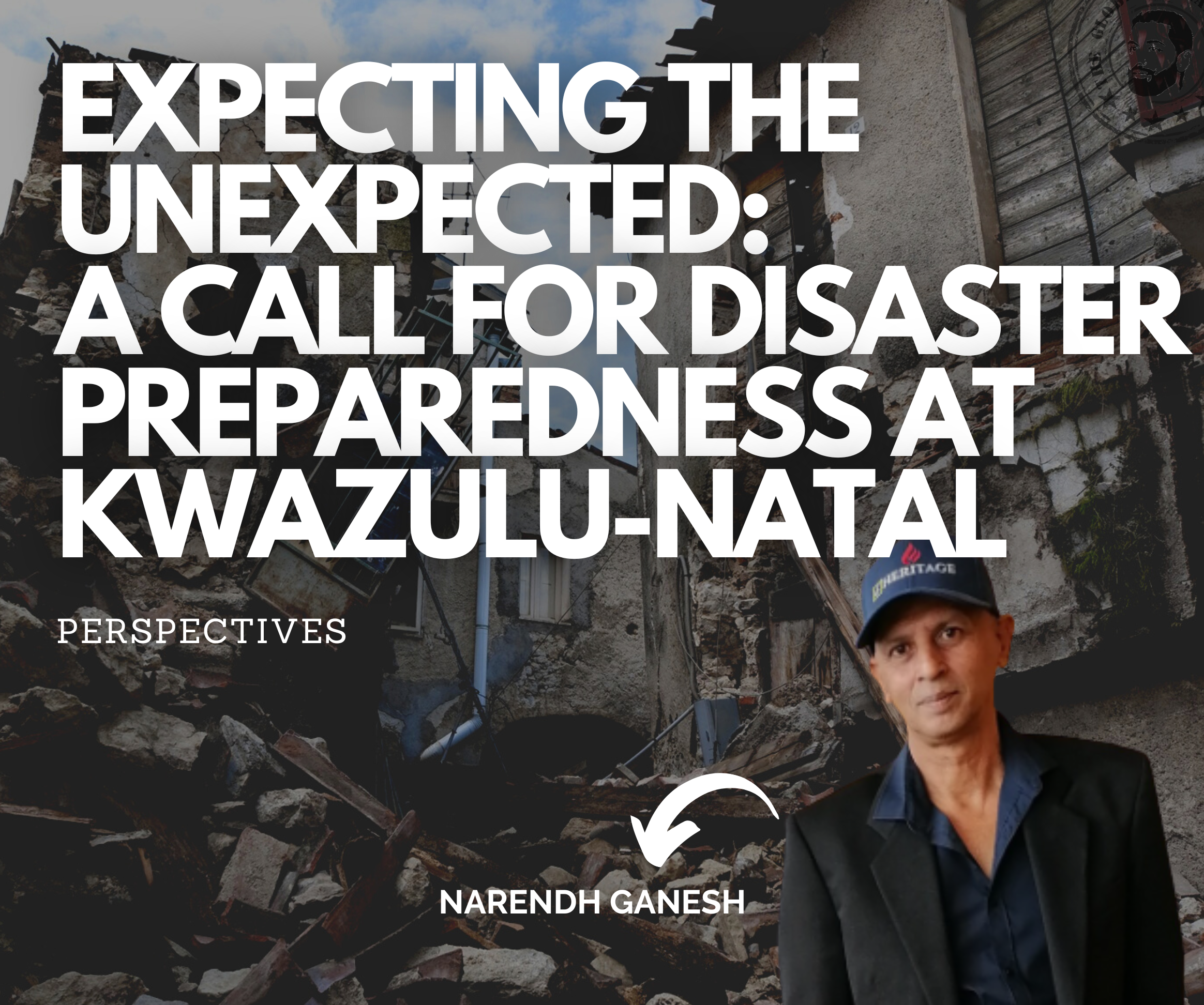 One of the critical aspects of visionary leadership, especially in governance, is the ability to foreplan and ensure readiness in terms of contingencies that might arise unannounced or unexpectedly.

KwaZulu-Natal, as a province, experienced two such “disasters” in a space of eight months, namely, the July 2021 unrest and the floods of April 2022.

Both these events – one man-made and one natural – resulted in unnecessary death and destruction, which could to have, to an extent, been avoided, if not mitigated.

Consequential to these events, it became evident that the province is either ill-equipped or critically under-prepared for certain contingencies, despite the sterling efforts of emergency personnel who tried their very best under difficult circumstances – and this requires foresight and strategic planning to reduce the damage and death resulting from such disasters.

The July 2021 unrest clearly illustrated the severe lack of ability – or as I see saw it, the lack of will – of the South African Police Service (SAPS) and other security agencies to act to quell what started as a political “problem” that turned criminal, and as some would have preferred to posture it as a racial issue – which it certainly was not.

The April flooding exposed defects in structural weaknesses and urban planning that could have prevented the tragic human toll that we experienced.

Admittedly, as in any natural disaster, one cannot plan sufficiently to counteract Mother Nature but with hindsight now, I believe that the powers that be must take major steps in ensuring that should an eventuality arise, then government is at the ready – more especially to prevent deaths.

People living on flood plains for example, such as in low lying areas contiguous to rivers and large streams need to re-housed elsewhere as a priority.

Informal dwellers who construct make-shift structures on rocky hills and unstable ground pose a major risk to themselves and their families and this must be addressed post-haste.

The reality of climate change is that it is happening all over the world, and we are no exception.

Diverse and at times unpredictable weather patterns are creating havoc the world over – Hurricane Ian and Hurricane Fiona in the United States are two recent examples.

Are our first responders adequately equipped and trained for emergencies that occur on a large scale?

Is there a co-ordinated plan in place between the various ministries that need to work conjunctively and in unison in the event of a major disaster?

I address these matters to you out of concern and in the interests of all citizens of the province as there is very little interaction and/or communication between the hierarchy of the province and the man in the street, whose reliance on good governance stops at your desk.

Oftentimes, the State of the Province address (SOPA) by a Premier is a sugar-coated speech, laden with loud barks but no bite and I believe it is your duty to give an assurance to the citizens on the matters addressed above.

I trust that an expeditious and constructive response will be forthcoming.

Let me know your thoughts in the comment below.