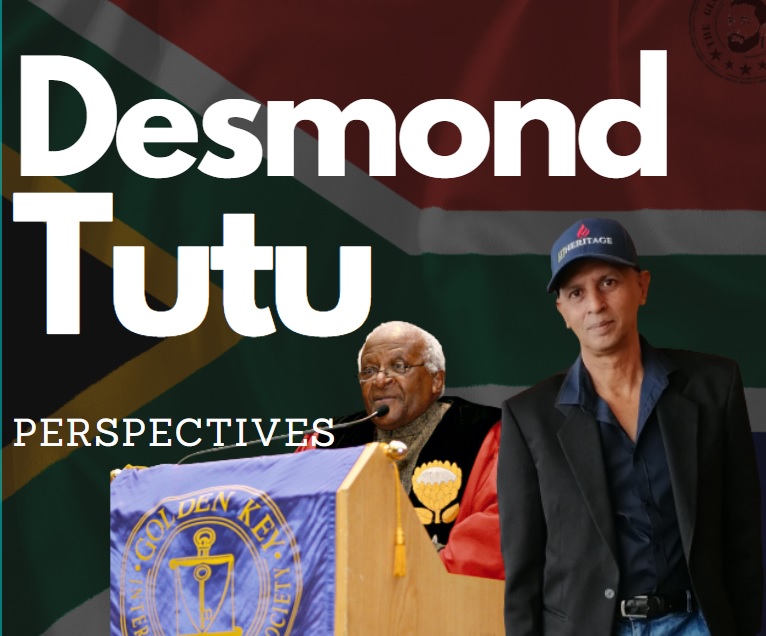 He was dimunitive – quite affable – oftentimes quite rumbunctious, but he was never boring – never.

I had the distinct honour and privilege to have met the “Arch”, together with the Reverend Frank Chikane and the Reverend Beyers Naude, while being a student at the University of the Western-Cape, during the turbulent days of the anti-apartheid struggle.

I hold that moment very, very fondly in my memory bank.

As an impressionable young student, the Arch certainly made an impression on me that I held in high esteem ever since.

Having granted me a private audience with him for a short while, he espoused all that was good in humanity, speaking words of wisdom and righteousness and justice and fairness – and I was smitten with those principles ever since.

And many years later – in 2014 – he taught me a new word – lickspittle – when he famously observed with the line, “I am ashamed to call this lickspittle bunch my government”.

This was when the Zuma regime kowtowed to Chinese pressure to prevent His Holiness the Dalai Lama access to a visa to attend his 80th birthday celebrations.

Such was his forthright tenacity to call a spade a spade.

His exuded the principles of what he truly believed in, minus the swagger, and he gained well deserved international respect and recognition for his fight against apartheid.

While he leaves the world that much poorer with his demise, he also leaves it that much richer with his humane sagacity.

While I will always celebrate his life, there will be a quiet moment of mourning of a life lived in the true service of humanity – the good, the bad and the ugly.

Desmond Mpilo Tutu was truly and faithfully a national treasure.

Hamba kahle Arch – and soar with the angels

CHANGING FACE OF IDENTITY | SULEIMAN BULBULIA MADE IN BARBADOS

The Jews of India: Small in Number, Great in Impact

There are a mere 4, 500 Jews in India in a population of 1.5. billion. Talk about minorities! What they may lack in numbers, they have made up for in other ways-cultural, political and financial. From the Babylonian Captivity to the present, the experience of the Jews has been one of sorrow. By contrast, that […]

DON’T SHOOT SIR, I AM ONLY A CHILD! (Dedicated to the memory of all the children who are victims of war) The flaming sounds of fury and rage, Thundered through the stillness of the sleepy dawn, I dared not move my little frame in fear of the impending rampage, Beweeping softly my direful fate as […]

The “unknown” Caribbean – Dominica
In 2017 Hurricane Maria ravaged the Caribbean and hit Dominica like nature’s bulldozer. It tore through its once picturesque streets leaving in its wake deep questions for the region and like the proverbial phoenix, a n…