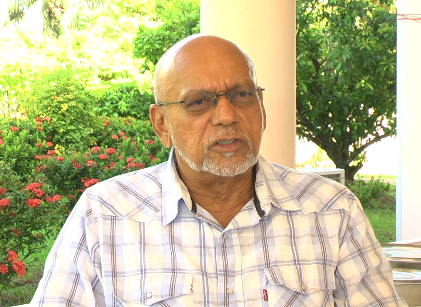 Guyana racism and injustice – Guyana is often described as the  land of six people. Indo Guyanese  make up the majority of the population  and our legacy started from  over 180 years ago as we arrived  from India as bonded labor for the  sugar estates after the emancipation  of African slaves by the British. Our  country is small and we are proud of  our ethnic diversity.  We have played a critical role in  shaping Guyanese history and subsequently  its economy for the better  and we still hold dearly our roots to  India. Ask any proud Guyanese and  the celebration of fusion culture and  adapted linkage is present.  Unfortunately we have had to  overcome and are still overcoming a  range of challenges and difficulties  and many suffer abject oppression  mainly due to our ethnicity.  When the government  changed  in May 2015 to the  Peoples National  Congress led  Government (PNC/  APNU), the new  regime passed a  range of actions  that evidently highly  discriminated the  ethnically Indian population, to  levels which have had a detrimental  effect on our economic growth and  national development.  Disturbingly over 7000 Sugar  workers, majority of which are Indo  Guyanese, were forcefully dismissed  from service, disgustingly being denied  severance pay that was in need  and rightfully theirs.  We have seen a significant  rise in Police  corruption on our  community with frivolous  charges being  made in expectancy  of bribes to be paid.  There is a rise in violent  attacks especially  during times of political instability  and many of our farmers have been  evicted from lands that they have  been cultivating for decades. The  business community also suffers  from underhanded tactics through  corrupt custom officials and many  are forced to pay bribes for the basic  services that one would expect.  Our Prime Minister of Indian origin  has been undermined and serves  as mere window dressing. He has  witnessed the atrocities, offering little  support and no action.  While all of this is taking  place, the international community  has been deafeningly silent, including  those with embassies in Guyana.  We are Indians and under colonial  Britain we were exploited and  deliberately underdeveloped. It was  the resources and labor of the entire  Indian subcontinent that transformed  the United Kingdom to a position of  global dominance.  Today our ancestral home of  India is on the rise as a world super  power. Surely it’s important that  India is aware of the plight of many  in its diaspora and if as a diaspora  we matter, now is the time to champion  the cause of people of Indian  descent wherever they face oppression,  exploitation and discrimination.

We are proud to be people of Indian  origin and have fought hard to  keep our roots alive. Yet the yoke of  oppression and discrimination is still  upon our shoulders.