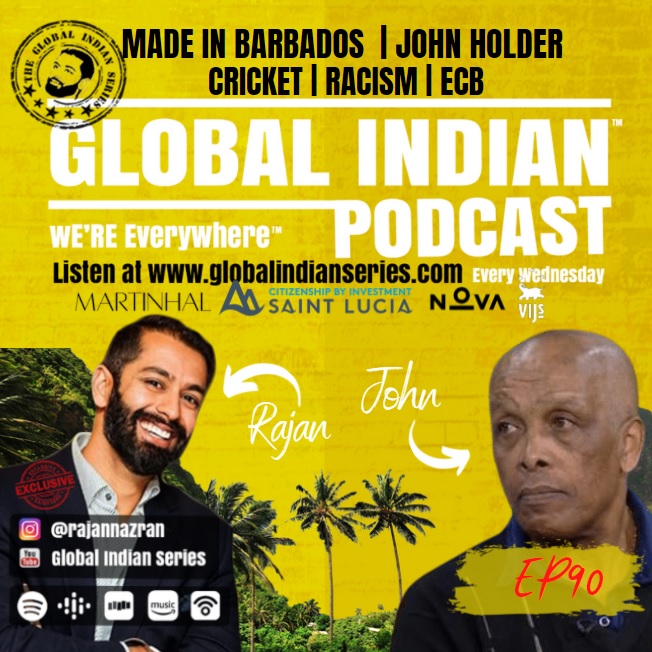 Cricket is often termed as a gentlemen’s sport, intwined with the fabric of a well-exported notion of “Britishness”. Players in pristine uniform cordially greeting each other in a well-rehearsed display that sets the scene for fair and open play whilst the world looks on in awe. One could even argue that cricket is a cultural phenomenon that looks to bridge the gaps of public diplomacy across the commonwealth and beyond. Which is why, when we look at the game today, with allegations of racism and neglect from the heart of cricket in the ECB. We must wonder whether the game itself and our understanding of Britishness really stands the test of investigation.

For this podcast I am joined by the legend that is John Holder, who helps me understand the deeper issues at play which have been neglected by mainstream media.

Holder became a first-class umpire in 1983 and was promoted to officiate his first test-match in 1988.[1] He stood as umpire in eleven Test matches and nineteen One Day Internationals.[2] Holder was appointed by the International Cricket Council as one of five worldwide regional umpires’ performance managers and is responsible for monitoring and improving the performances of umpires in Europe, the Caribbean, America and Canada.[3]

He co-authored the book You Are The Umpire with the illustrator Paul Trevillion.[2] The book was based on a comic strip that was included in the sports section of the British newspaper The Observer and bears similarities with You Are The Ref as both highlight unusual or difficult decisions that have to be made by sporting officials.[2]

Holder is credited, along with Don Oslear, with the idea of a ‘bowl-out’ to decide a drawn match after the Tilcon Trophy final had been washed out by rain. The organisers had ordered them to think of another way of settling the match rather than the traditional and sometimes unpopular means of the toss of a coin. This idea was subsequently adopted into all England and Wales Cricket Board competitions.[1]

In 2000, Holder was consultant on the film The Laws of Cricket, 2000 Code which was shot in Barbados. The film featured an interview with Holder and Sir Garfield Sobers, and was directed by award-winning British film director Marcus Dillistone.

Holder retired at the end of the 2009 season after 27 years as a first-class umpire.[4

How to get involved:
Interested in getting involved in building the world’s largest living encyclopedia on the community? Whether you want to become a patron, buy us a chai in a new location or have your story shown, simply get in touch via our website, we would love to hear from you. www.globalindianseries.com

Social media:
You can reach Rajan via
Instagram: @rajannazran
Linkedin: RajanNazran
YouTube: Global Indian Series
Special thank you to TAIZU for the music

Other podcasts you may like:
If you liked this podcast, you may enjoy the following:

Are you a global Indian that needs to go global?  You may be interested in our articles on citizenship by investment and global residency options, including Golden Visas. It’s a definitive guide for all global Indians to read on what you need to know and what you must avoid when looking to participate in investment migration and golden visa planning.