Breaking the Barriers: Four-Year-Old Sikh Child The Face of Diversity and Inclusion

Breaking the Barriers: Four-Year-Old Sikh Child The Face of Diversity and Inclusion 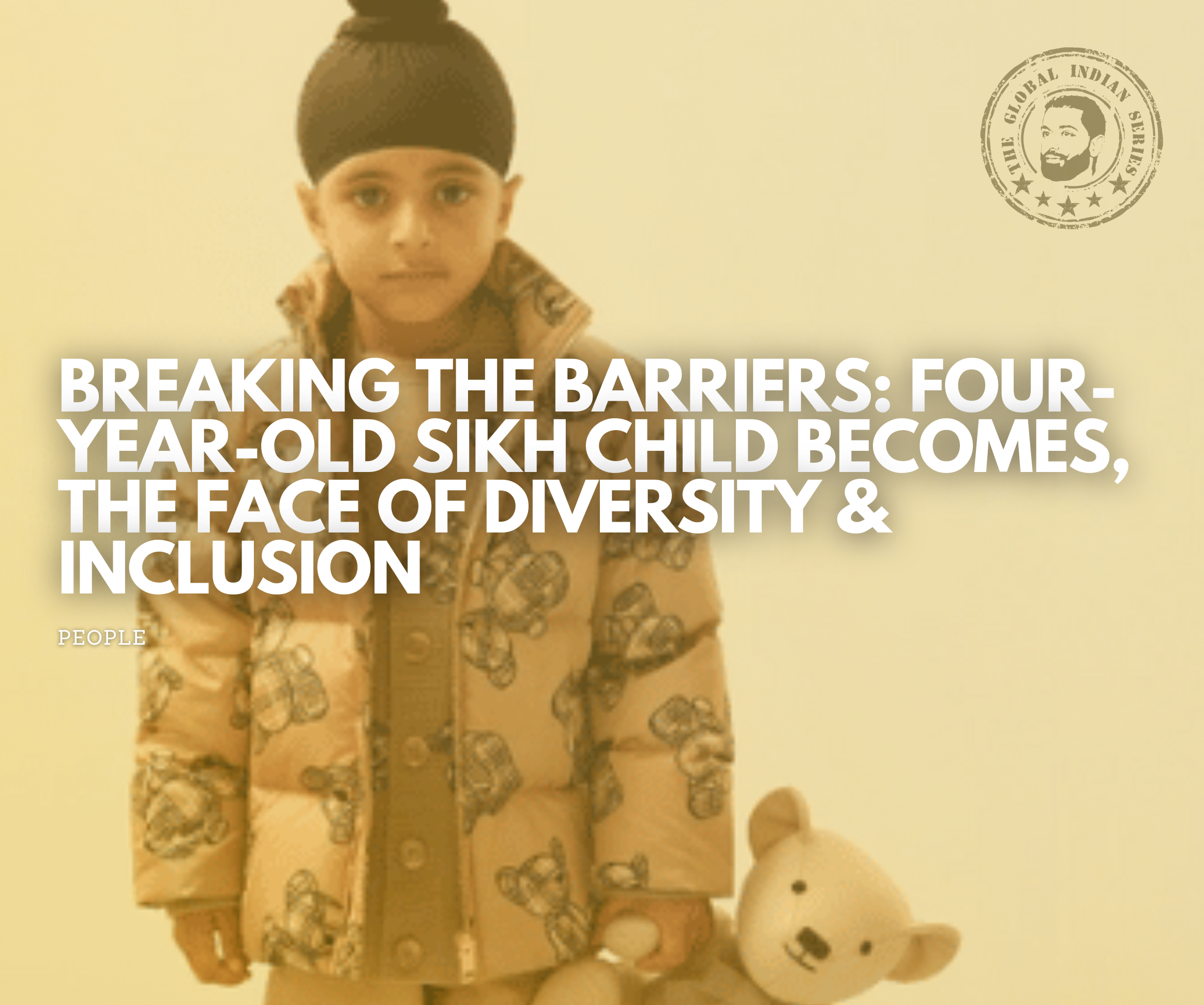 Breaking the Barriers: Four-Year-Old Sikh Child, The Face of Diversity and Inclusion — Diversity is a goal for many campaigns in recent years. Yet the manner in which brands approach inclusivity can be boiled down to tokenism, even more so in the fashion industry. As part of Burberry’s Children’s Autumn-Winter ’22 collection, the fashion brand has picked their first ever Sikh child as model. Four-year-old Sahib Singh is the new face of Burberry Children, standing proud in his patka and captivating smile, with a teddy bear in his hand. The campaign was launched on 27 July, and has met with rushing positivity since.

Despite being so young, the London lad’s parents have always encouraged him to break down barriers and strive for the best.
“To see our son, who does look different from his peers, being given a chance by the iconic British brand was truly a milestone moment,” Harjot Kaur, Singh’s mother said to Vogue India.

On his modelling career, she shared on Instagram that she and her husband Ranjeet ‘have felt a few disappointments when Sahib [wasn’t] chosen for a job and have never told him about any shoots until he’s fully confirmed,’ saying that he doesn’t need to ‘feel the emotions involved’ if he gets rejected.

For minority groups like the Sikh community, it can feel like representation is sparse and so when you don’t see yourself in these spaces, going for opportunities can be intimidating. Rejection can feel personal if the outcome of fashion brands time and time again is predominantly Anglo models, with the exception of a few people of colour. Even with inclusion, for brands that are of Anglo heritage, like Burberry, it can feel double sided. Established in 1856, British heritage brand Burberry only hired their first Indian model, Neelam Gill, in 2013 – 157 years down the line. Past campaigns have seen another Sikh model Tarunjit Nijjer, famously alongside Cara Delevingne and Suki Waterhouse.

After this huge achievement which no doubt broke down inclusion barriers, Kaur shared that ‘The sky is the limit for our children.’

This campaign is being seen as a big step towards an inclusive fashion world. Singh is not the only person of colour here; a child with skin condition, and an East Asian model were also part of the campaign, each drawing attention to their own diversity.

Only hours after the launch, members of the South Asian community began to shower social media outlets with their support of Singh.

South Asian New York fashion Week (@sanyfw) shared the image on their Instagram and said: “Growing up, we didn’t always see people that looked like us, especially in mainstream media &amp; photography, let alone in the fashion scene. Little Sahib is making some BIG moves with @burberry right now, and we’re definitely here to support. What a moment.”

Instagram user (@saheana.7), applauded the brand saying that: “Whomever was in charge of the recent campaign, give them a raise! This is how to execute diversity inclusion. No fuss, no melodramatic ‘we’re in your corner cringe.’”

Knowing that their son has been spotlighted in a positive light, Singh’s parents acknowledged that the campaign can be incredibly validating for other young Sikh children.

“We want not just Sahib but all the boys in our community to be proud of their heritage, and wear their patkas and paghs with pride and confidence,” said Kaur.

Helping the Indian community assimilate into the Australian way of life, is an important part of living in this great country. At the same time, Indian Link is aimed at helping Australians understand the Indian culture and beliefs – but always with the focus of embracing the best of Indian and Australian ethos.