Amartya Sen: Indian identity is ‘engulfing’ and absorbs other cultures

Amartya Sen: Indian identity is ‘engulfing’ and absorbs other cultures 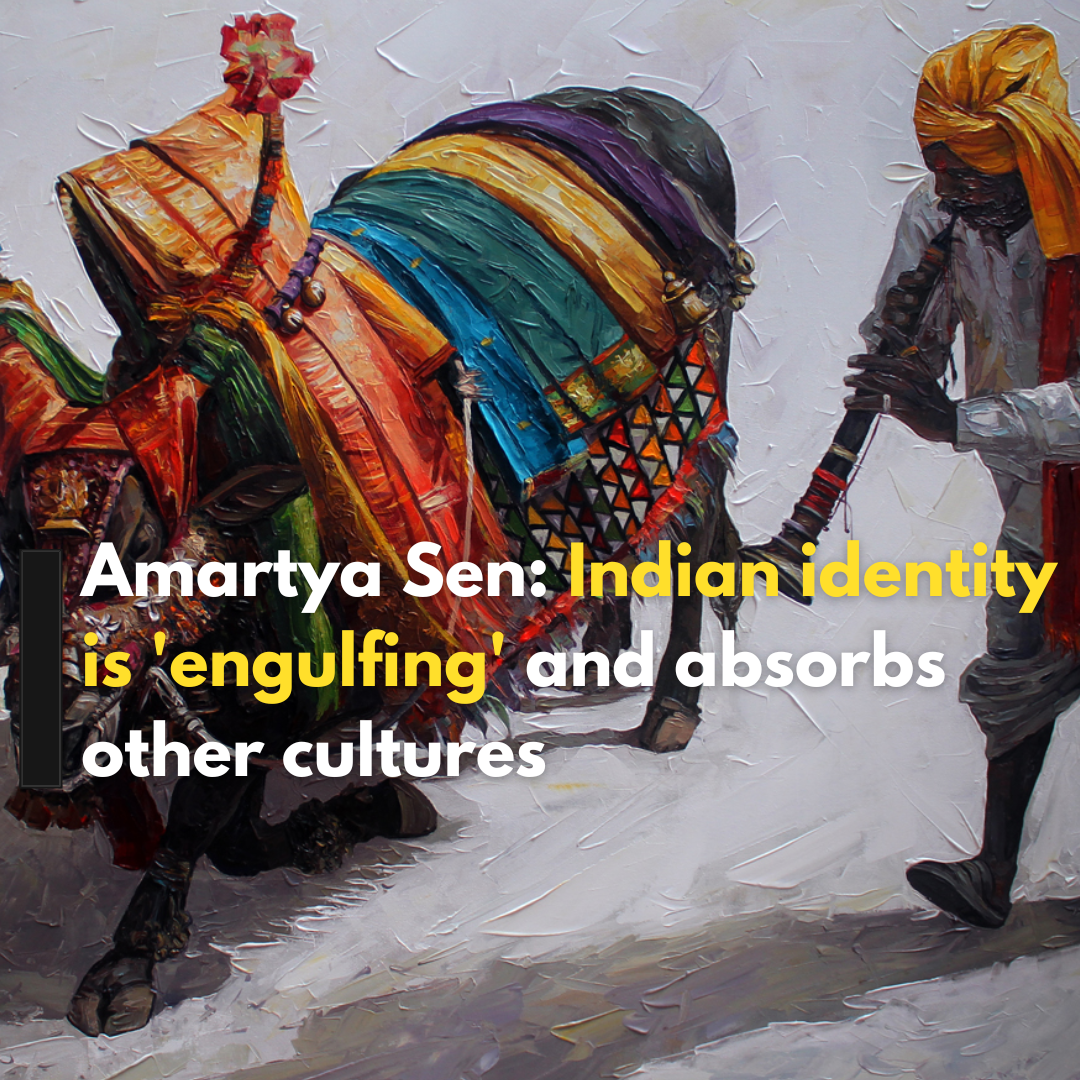 Sen said there is a “kind of hardiness” to the Indian identity, noting it has been formalized in the category of the Non-Resident Indian [NRI]. “I don’t know if there is a similar category of nonresident Turks or nonresident Iranians, but the NRI is a well established category,” he observed. Indeed, he said, “It is an engulfing category,” as Indian law defines even a foreigner married to an Indian as a person of Indian origin.

Sen, who is honorary president of the International Economic Association and a former president of the American Economic Association, as well as a fellow of the British Academy and the American Academy of Arts and Sciences, said identity need not be seen in unique terms. He noted that even an individual is “an intersection of varieties of identities,” including her origin, her gender, her language, her cultural background, etc. “Identity is not a unique feature, and to assert one identity is not to deny another,” Sen said.

This is particularly true for Indians, Sen continued, because of the diversity and complexity of the country. India boasts not just the largest number of Hindus in the world, but also the largest number of Sikhs, Parsis, and Jains. It is the country of origin of Buddhism, even though that faith is now not widely practiced there. India also has the [second] largest Muslim population in the world. He said, “We shouldn’t think of some of the positive features of our identity as being fragile. I think the assumption of fragility has done a great damage, a lot of harm to our ability to absorb from other cultures.”

But India itself has absorbed many external influences, he noted. “Indian drama was transformed by contact with Greek drama,” he said. “We can’t look at medieval mystical Hindu literature without looking at the Muslim Sufi influences on it and interaction upon it.”

And the process is circular, he said, noting the popularity of Indian food in Britain, where it is the largest ethnic variety of food and tourist brochures even tout curry as authentic British food.

Notes: apart from title change, the article has remained the same