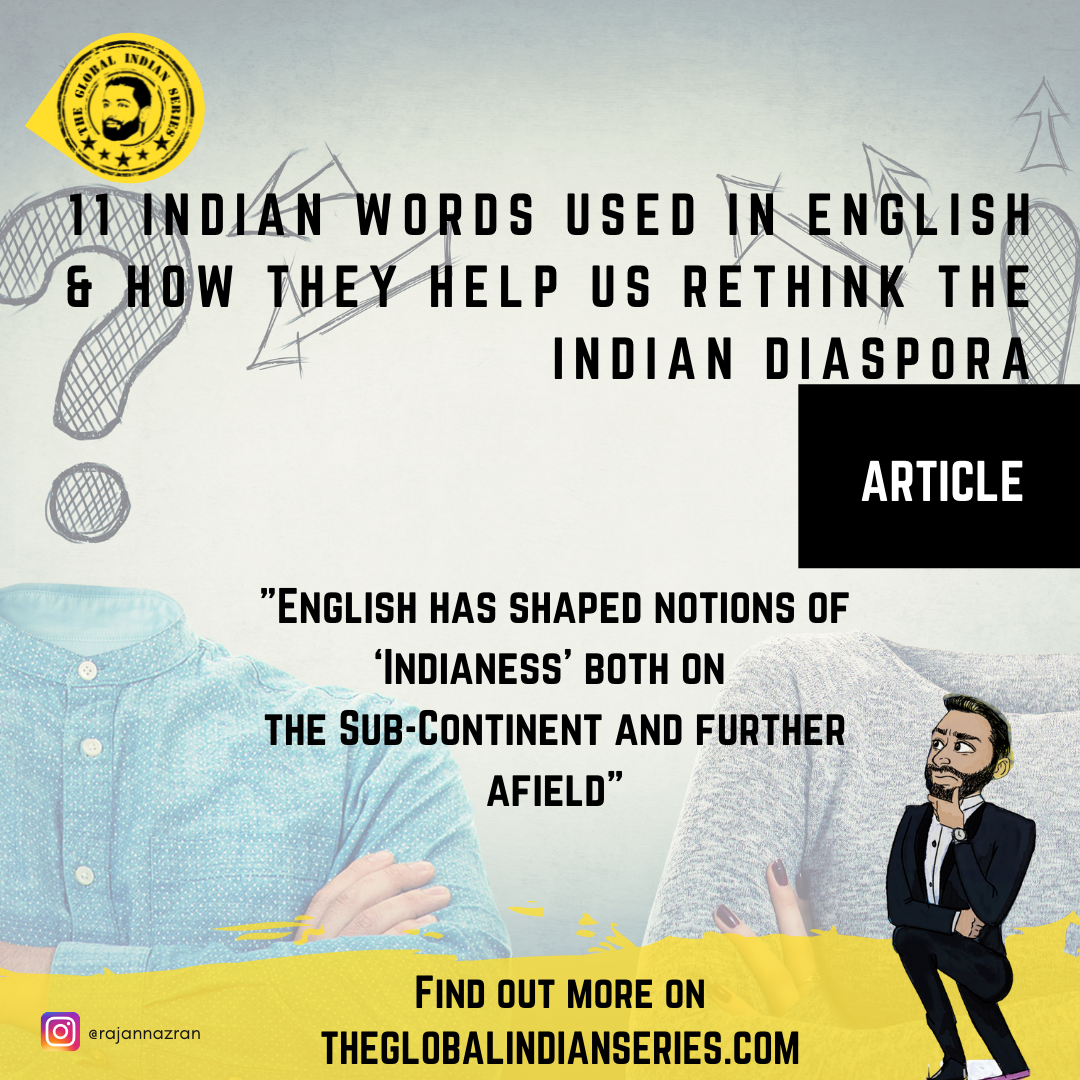 India has contributed dozens of words to the English language. This is a testament not only to the richness of Hindi, Urdu and Hindustani but also to the peculiar way the English language, perhaps more than any other, has of absorbing words from other languages.

Inevitably, English has shaped notions of ‘Indianess’ both on the Sub-Continent and further afield, for there is no culture without language. Language is identity. It can be taken as axiomatic that One’s mother has the great influence in shaping personality, thought and emotion. But the influence of other languages is not to be underestimated, either. You may speak language but language also speaks you. You cannot escape it. As the Late French-Algerian theorist Jacques Derrida famously put it, “il n’y a pas de hors-texte.”

There is perhaps no better example of this than the way in which English (which is understood and spoken by vast numbers of South Asians) influences the identity of millions of Indians, Pakistanis, Bangladeshis and others around the world. The process may well be unconscious but there is no denying the profound impact English has had on the Indian psyche.

That there is such a thing as ‘Hinglish’ just goes to show how complete this process has been. A portmanteau word combining ‘Hindi’ and ‘English, the term refers to a hybrid English with the various tongues of the Sub-continent.

The ease with many South Asians go from English to their own language and back again shows how established it has become. This ’code switching’ has to have an influence on how one thinks. If you learn this sort of English from the cradle, then it stands to reason that it must have a similar affect to a ’pure’ mother tongue.

Hinglish is on the rise and it is changing the languages of India and beyond. The process of hybridisation has gathered pace in the last 20 years owing to the rise of social media. Interestingly, Google’s Gboard mobile keyboard app gives an option of Hinglish as a typing language where one can type a Hindi sentence in the Roman script and suggestions will be Hindi words but in the Roman script.

But to return to words of Indian origin used in English, here’s our list: