Described as one of  the best places  to reside worldwide,  Malta is reputed  to be an ideal choice for  prospective investors  seeking to do business  in the European Union  (EU). The island  has been a  member state  of the European  Union  since 2004  and was  admitted to  the United  Nations in 1964.  Malta lies at the centre of the  Mediterranean, 288 km north of  Africa and 93 km south of Sicily.  Boasting political stability, a sound  banking system and a very low  crime rate, Malta is an ideal European  financial hub with strong connections  in both North Africa and the  Middle East.  Malta also boasts a strong presence  of foreign direct investment  (FDI) thanks to its efforts in creating  an ideal environment for foreign  investors
Why Do Expats Enjoy  Malta?

Since joining the EU in 2004 and  the Schengen area in 2007, there  are currently over 21,000 foreigners,  which make up around 5% of the  total population, living in Malta.• The island offers the possibility  of residency programmes to foreign  individuals seeking to reside  in the EU and/or travel freely in  the Schengen Area.  • The island’s short distances  between destinations saves commuting  time.  • Over 300 days of sunshine per  year and crystal clear sea.  • English is a national language  with Maltese, and is spread all  over the island.  • Friendly and hospitable population.  • Low crime rate.  • Low cost of living when compared  with other EU countries  • Excellent medical services,  with a government hospital and  several private clinics around the  island  • An enviable social life catering  for all ages, with bars and  restaurants to suit all budgets and  tastes. Rich culture, and several  ongoing events like big concerts  and outdoor festivals  • A wide variety of property for  buying or rent  • A respected university and also  above UK-average schooling in  English-speaking schools

To find out more about Global Citizenship and residency opportunities contact the team at www.NazranRoth.com or email [email protected]

GENDER, IDENTITY AND NATIONALISM – MADE IN PAKISTAN WITH MOIZ

What is identity and where do we draw the line between politics and people?  Is gender identity?  Do borders define our perceptions of it?  Who’s history matters most and do we need to question the colonial past that has defined us today?In today’s podc…

WHAT’S GENDER GOT TO DO WITH IT? MADE IN INDIA WITH RUDRANI CHHETRI – EP 43

Why should your gender or sexuality define who you are?  And who controls the notion of identity?  One would guess that if you are not in control of it, you are being controlled by it…Being ostracised by your own community, beaten and judged, all for …

In today’s episode I stay at home and reflect on 2020 and our 42nd Global Indian Podcast!It’s been a life-changing year for most as the Covid-19 pandemic arrived quickly, quietly and everywhere.  I would like to send my thoughts and prayers to everyone …

COVID, NEGLIGENCE AND THE NHS – A HOLIDAY MESSAGE EP 41

Speaking up or against something can have significant risks and our guest tomorrow did just that.  Concerned about the quality of care at the NHS, he lifted the lid on the circa 50,000 patients that are misdiagnosed every year!There’s no doubt that the …

Many of the global indian diaspora is dispersed through immigration. We are everywhere! Our parents and grandparents often tell stories of how they arrived in the country with nothing but a few pounds and a dream. We often laugh at this exaggerated statement but when we stop and realise the sacrifices they made, we are […]

Loneliness is an worldwide public health matter. This means many people across the globe have felt a lack of social connectedness for years. South Asian mental health is a concern for many health and social care services in countries across the world. Key factors here are stigma preventing help-seeking behaviours in brown people, isolated elderly […]

A special thank you to our growing Global Indian Family. In a year when identity politics divided nations, we stood together. In solidarity for something far greater.In a year where we were forced to stay apart, we connected the globe.In a year that, the mainstream media chose virtue signaling. We decided on the power of […]

The ushering in of 2021 seemed so extraordinary – surreal in fact. No family and friends mingling, no hugs and handshakes for the neighbours – for the very first time in my life, and I suspect for countless others, the dawning of the new year could not have been so different as it was last […] 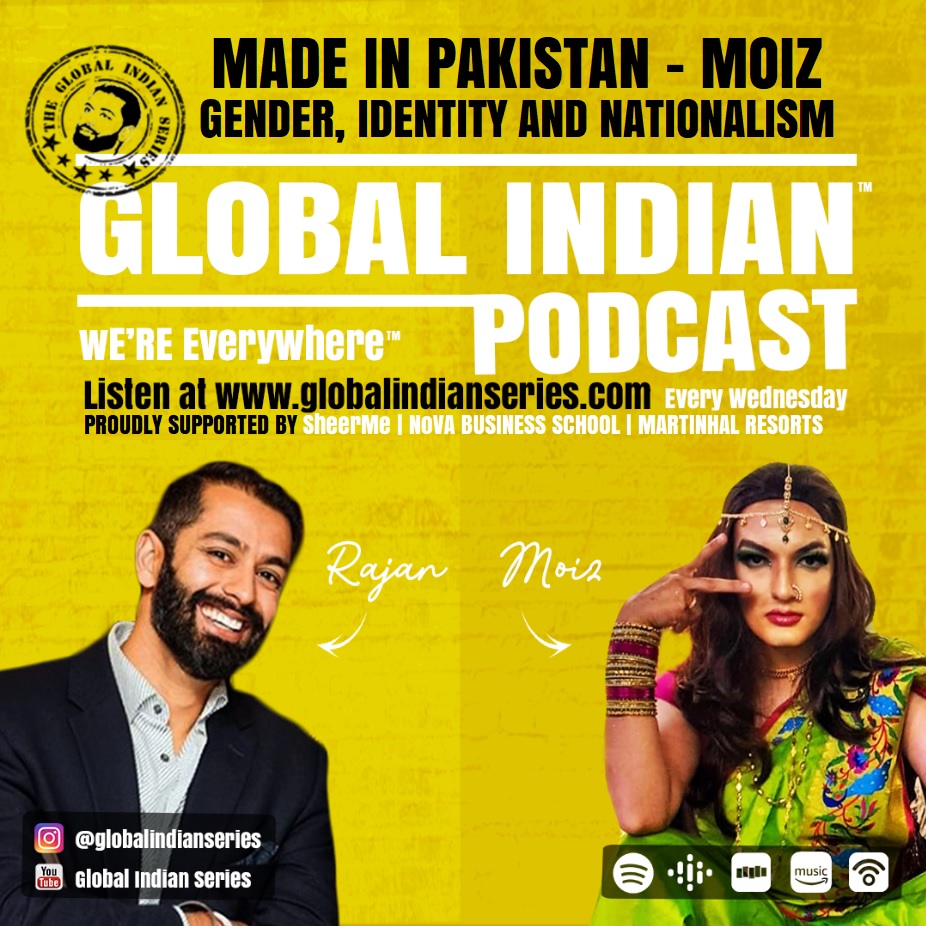 GENDER, IDENTITY AND NATIONALISM – MADE IN PAKISTAN WITH MOIZ

What is identity and where do we draw the line between politics and people?  Is gender identity?  Do borders define our perceptions of it?  Who’s history matters most and do we need to question the colonial past that has defined us today?In today’s podc…