Naila is a 32 year old student and activist. She was born in Pakistan and migrated with her family at the age of 4 to the USA. She is a child marriage survivor-leader who is the namesake for New York’s child marriage legislation. She worked non stop for two years to help NY raise its child Marriage age from 17 to 18 with no exceptions.

At the tender age of 8 she was forcibly engaged to her first cousin who was 21. At the age of 15 and despite efforts of the US social services, she was sent to Pakistan and married against her will to her then 28 year old husband. She suffered horrific life changing abuse including rape, torture, and psychological torment.

Her case made headlines as the U.S. Embassy intervened and the U.S. State department rescued her in early 2005. Subsequently she devoted her life to making institutional reforms to ensure young girls across the USA would never be forced into underage marriage. Her work paved the way for historic legal change in the country. In February of 2018 Naila started working with Assembly man Philip Ramos from Brentwood, New York. With the support of Naila he introduced the bright line bill; which meant you must be 18 or over to marry within the state with no exceptions. The law was named – Naila’s law and since 2021 has protected young children within the state of New York.

Naila holds a degree in Human services and is currently working on her bachelors. She founded the Naila Amin Foundation at the age of 26 and plans on opening the first shelter in the U.S. to house girls escaping forced marriages and Honour based violence.

She had a major influence in helping and campaigning for New Jersey to end child marriage and has lobbied federal legislation to help close the loopholes in the American Immigration system which puts children at risk everyday with the current laws.

Naila has appeared in several documentaries and continues to work daily to fulfil her dream of making America a safe place for young women.

Naila Amin is also our Global Indian Ambassador for child rights, based in the USA.

On becoming an Ambassador:

I would like to become an ambassador for global Indian series because I feel like I have a platform that I can use to help eradicate child marriage in the US and possibly third world countries such as Pakistan and India. I have dedicated the past 7 years of my life to this cause. I go around the country training law enforcement, front line workers, and the public on the harms of child marriage and forced marriages. I am also helping to include the topic of child marriage and forced marriage in the National prevention act of violence against women with the White House gender policy counsel.

Discover more of our Ambasadors 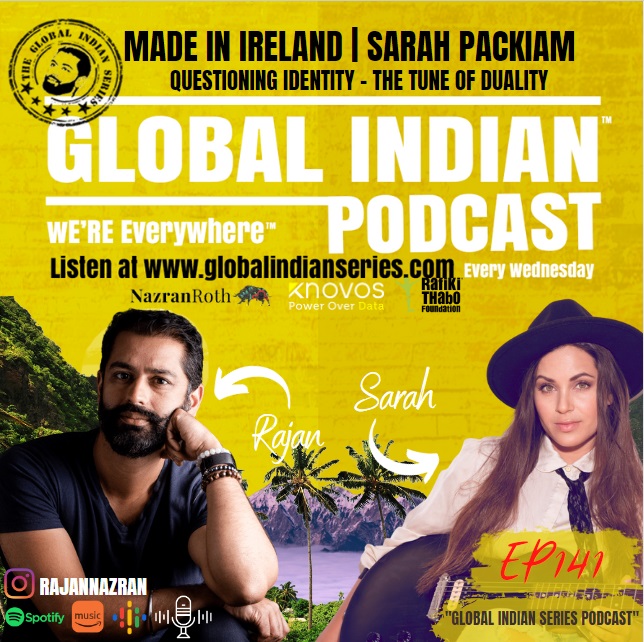 THE TUNE OF DUALITY – MADE IN IRELAND WITH SARAH PACKIAM

Are you often told you are not Indian enough to be a “real” Indian and does the colour of your skin define the concept of national identity?  It may sound like a contentious statement, but in an era of identity weaponry, both are statements that are …