India is the only country that has an  official acronym for its expatriates-  NRIs or “Non-Resident Indians”.  In my book, India: From Midnight  to Millennium I had suggested, only  half-jokingly, that the question is  whether NRI should stand for ‘Not  Really Indian’ or, instead, ‘Never  Relinquished India’. But in reality,  given the remarkable achievements  of our expatriates and the extraordinary  impact they have had in their  adopted communities across the  world, I think it is fair to say that they  fall into a third bracket: the National  Reserve of India.  The global Indian community  represents a strong sense of Indianness,  (borrowing a phrase from our  former Prime Minister Dr Manmohan  Singh), a sense that reflects the very  ethos of India–  our heritage as a  diverse and democratic  country,  open to the contention  of ideas  and interests  within it, unafraid  of the prowess  or the products  of the outside  world, wedded to  the democratic  pluralism that  is our greatest  strength, and determined to liberate  and fulfil the creative energies of its  people.  Our diaspora is special not only  for their economic success but for  also being recognised as pioneers  in innovation, for their capacity for  entrepreneurship and for the diversity  that they represent. The presence  of successful and influential Indians  in so many countries is also a  source of direct support for India for  our country receives billions of dollars  as remittances and several other  economic benefits and investments  that collectively drive a large part of  our growth as a nation.  India’s engagement with its global  community is symbiotic, the strands  of both sides of the relationship are  equally important to create a resilient  and robust bond. Last year, India  held the first-ever conference for  PIO-Parliamentaria from across the  world, there have also been efforts  to organise Pravasi Bharatiya Divas  across the world to celebrate the  global Indian community. There are  ongoing programmes launched by  the government including the Know  India Programme (KIP), Scholarship  Programme for Diaspora  Children (SPDC)  and the PBD conventions  allow the global  Indian community  to engage with  the Indian  Government  and express their interests and  concerns. Key to all of this is for  the government to maintain and  promote positive relations with the  global Indian community and the  countries they reside in. This must  be done through mutual cooperation,  socio-culture exchanges and  good economic relations of trade  and commerce and ultimately, a  commitment towards a long-term,  mutually prosperous future that will  benefit both India and the global  Indian community.

EP 36 RETURNING FROM THE EDGE – MY BATTLE WITH ALCOHOLISM

In this episode, Rajan travels to South Africa to have an open conversation with Santosh Harilal. A recovering Alcoholic whose life started to spiral out of control from the tender age of 13. The pair have an open and frank conversation about the horrifi…

EP35: FROM REFUGEE TO THE HOUSE OF LORDS – THE MAN WHO CHANGED BRITAIN

It’s a real affirmation that politicians of Indian origin have arrived in the USA and the UK is lucky to already have many remarkable custodians of British politics. Of these, one of the most important members is that of Lord Rami Ranger.In this Episode…

It is well documented that Indian women have fallen prey to Indian men “overseas”, leaving them in a very precarious situation financially, emotionally, and in terms of health issues. But what is rarely spoken about, is when it is the man that is the vic…

Why does our community sometimes perceive Autism as taboo? And how far have we gone to not have open discussions about this subject?The reality is, Autism is not uncommon – it is known to be the third most common developmental disorder UK and this podca…

By Divya Nazran We all know the adage that you can take the Indian out of India, but not India out of the Indian. And it is for this reason that Indians around the world still hold on to beliefs and practices passed down from their ancestors. Religion aside, Indian beliefs have been around for […]

Human Smuggling is a major problem and South Africa has been identified as a Source, Destination and Transit country. This article reveals how SA passports have been obtained and dangerously used.

East Africa and the need for a new narrative- Uganda

It was the community stories of the Ugandan Asians who arrived as refugees that captured everyone’s attention. It was a turning point in our collective view on how we were perceived and the dangers that lurked.

Curry Goat as a Metaphor for the Indian/Jamaican Future

As Curry Goat is quite easily and readily seen as both Jamaican and Indian, so too must Jamaican identity itself be seen. An in-depth discussion by Dr Kirk Meighoo 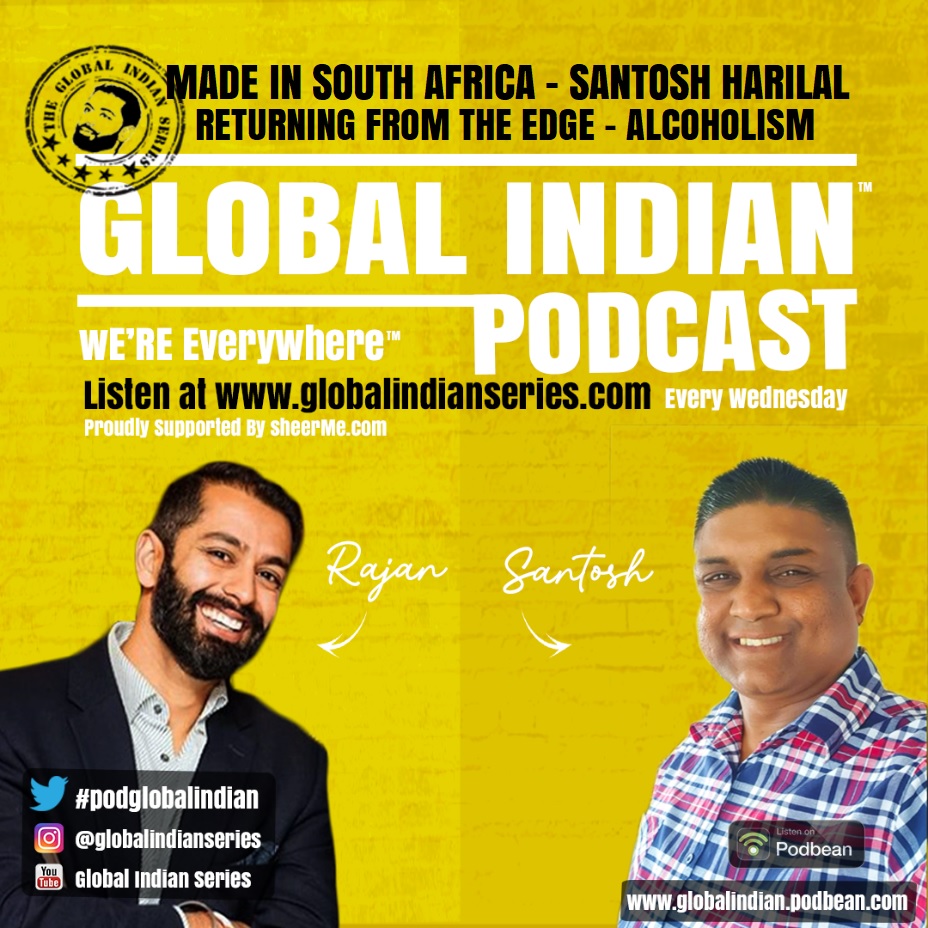 EP 36 RETURNING FROM THE EDGE – MY BATTLE WITH ALCOHOLISM

In this episode, Rajan travels to South Africa to have an open conversation with Santosh Harilal. A recovering Alcoholic whose life started to spiral out of control from the tender age of 13. The pair have an open and frank conversation about the horrifi…